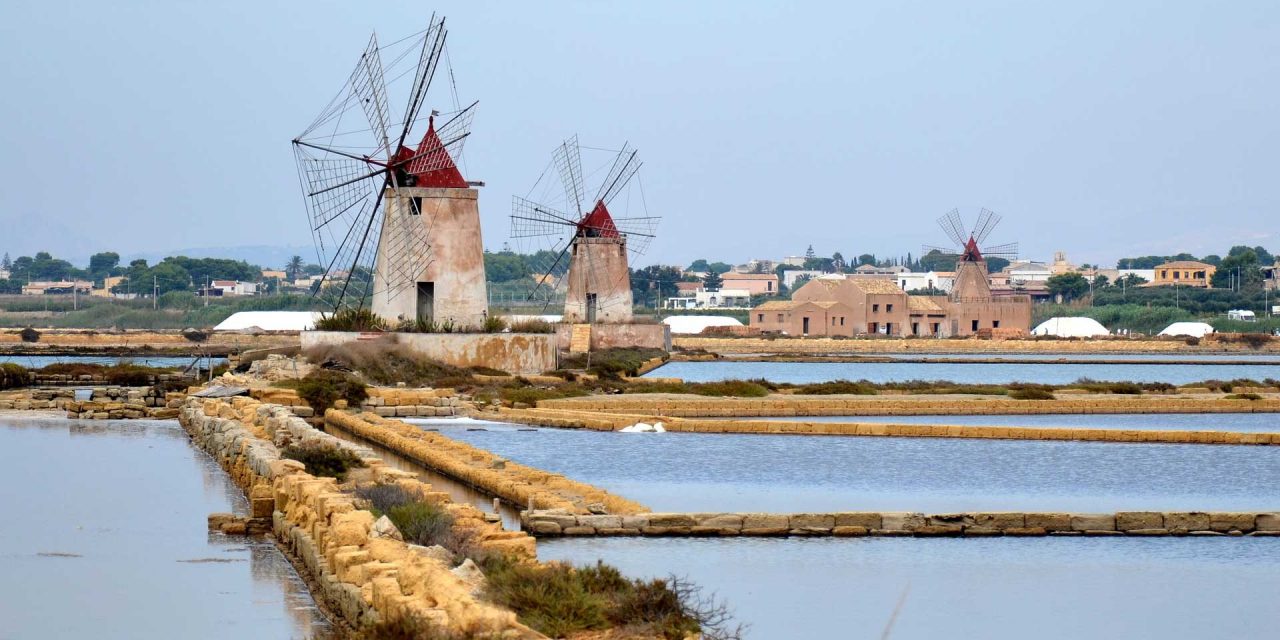 Set on the edge of a deep canyon amid desolate mountains there is Segesta, one of the world’s most majestic ancient sites. It was the principal city of the Elymians, an ancient civilisation settled in Sicily in the bronze Age. Segesta today saves its hilltop theatre and the never-completed Doric temple, yet the ruins’ remarkable state of preservation and the majesty of their rural setting combine to make this one Sicily’s enduring highlights. Not far from Segesta there is Erice, a mesmerizing walled medieval town whose mountains charm is enhanced by the unpredictable weather that can take you from sunny afternoon to foggy evening in the space of a few minutes. Along the coast between Trapani and Marsala lies the evocative landscape of saline (shallow salt pools) and decommissioned mulini ( windmills). The best time to visit it is summer, when the sun turns the saltpans rosy pink and makes the salt heaps shimmer. The most fascinating place is undoubtedly the Natural Reserve of Stagnone, with its white sand and crystal-clear water.
Part of this description belongs to Lonely Planet travel guide 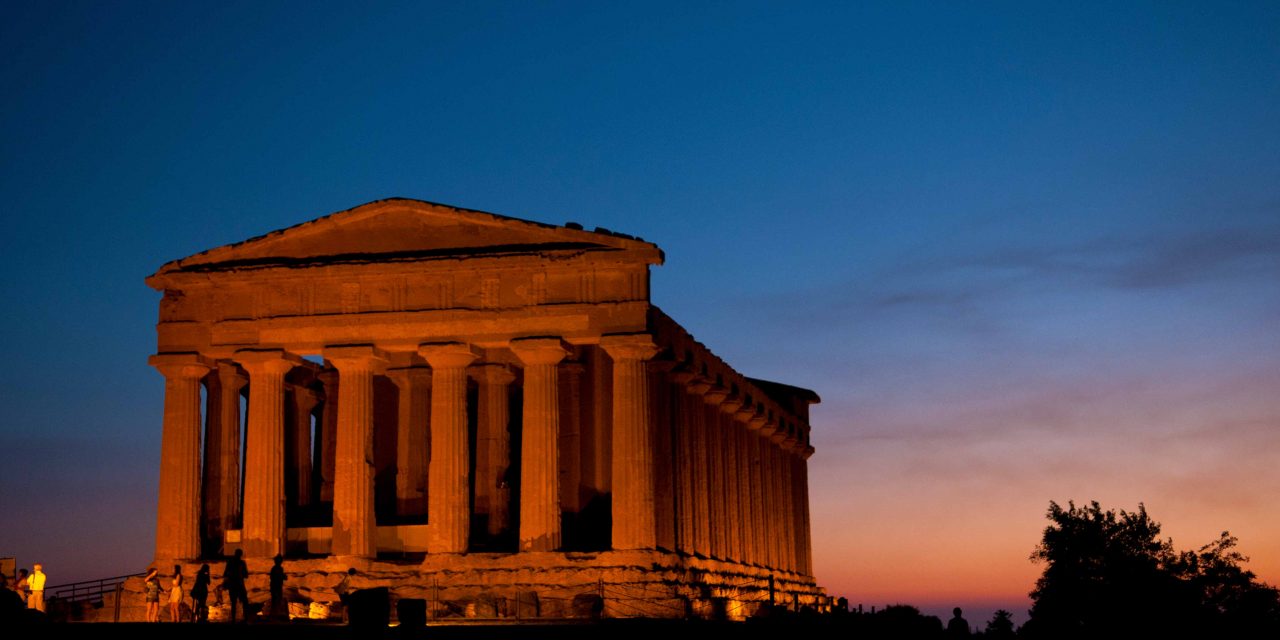 Situated about 3km below the modern city of Agrigento , the Unesco – listed Valley of the Temples is one of the most mesmerising sites in the Mediterranean , boasting the best – preserved Doric temples outside Greece. As impressive as the temples are, what you see today are mere vestiges of the ancient city of Akrages, which was once the fourth – largest city in the unknown world. The Valley is highlighted by the stunningly well-preserved Tempio della Concordia, one of the several ridge-top temples that once served as beacons for homecoming sailors. This tour offers the possibility of a full immersion inside the Sicilian rooted art. In fact it starts from the exploration of Sicilian ancient art of the Valley , towards the exploration of the Sicilian contemporary art at the Farm Cultural Park which is located in Favara, a mid-sized town 10 km from Agrigento. It is also the ideal place for a nice and pleasant lunch break.

Back in 2010 , Andrea Bartoli bought several abandoned buildings in the dilapidated heart of Favara and set up The Farm Cultural Park, a unique neighborhood devoted to art. In the intervening years , Farm has become a centre of exhibitions by international and local artists, housing a gallery of thought-provoking artworks, along with shops, a garden bar , cultural events, talks, screenings, workshops and shows going on throughout the year. The project has brought a whole new breathe of life in Sicily. Everything is beautifully designed , with a pervasive sense of whimsy and innovative energy . 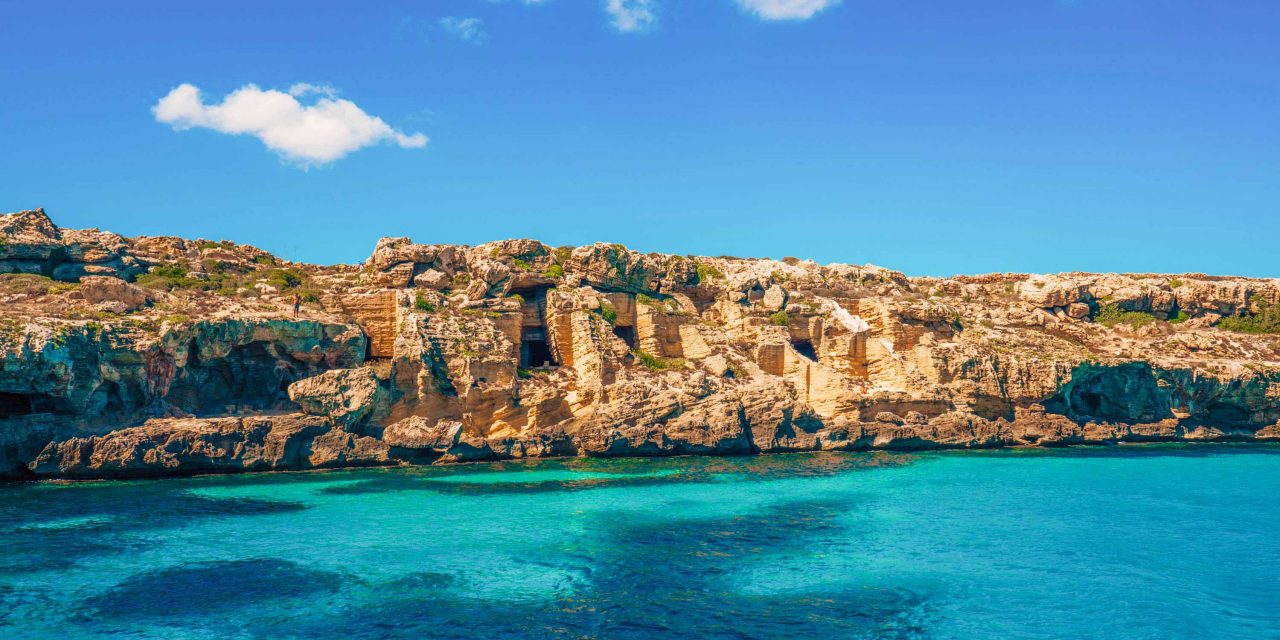 The Egadi Islands are popular destinations for swimming , diving , eating and general relaxation. The Islands are easily accessible by boat from Trapani port. The tour departs from Palermo city centre by bus. You will arrive at the port of Trapani where by ferry you will sail towards Favignana, the biggest of the three islands. For centuries the Egadi Islands have been a key Carthaginian stronghold, one of the Punic War’s most critical battles was fought in Cala Rossa – Red Cove , so named for the amount of blood split. After Favignana the tour will bring you to the island of Levanzo.

In Levanzo it will be possible to visit the prehistoric cave paintings at the Grotta del Genovese and spend some time swimming off the island’s pebbly beaches. Around the coast, deep gouges in the cliffs are reminders of tufa quarrying that occurred in the past. Many of these have now been reclaimed by the crystal-clear waters and are atmospheric swimming spots. Lunch with typical products will be served on board. 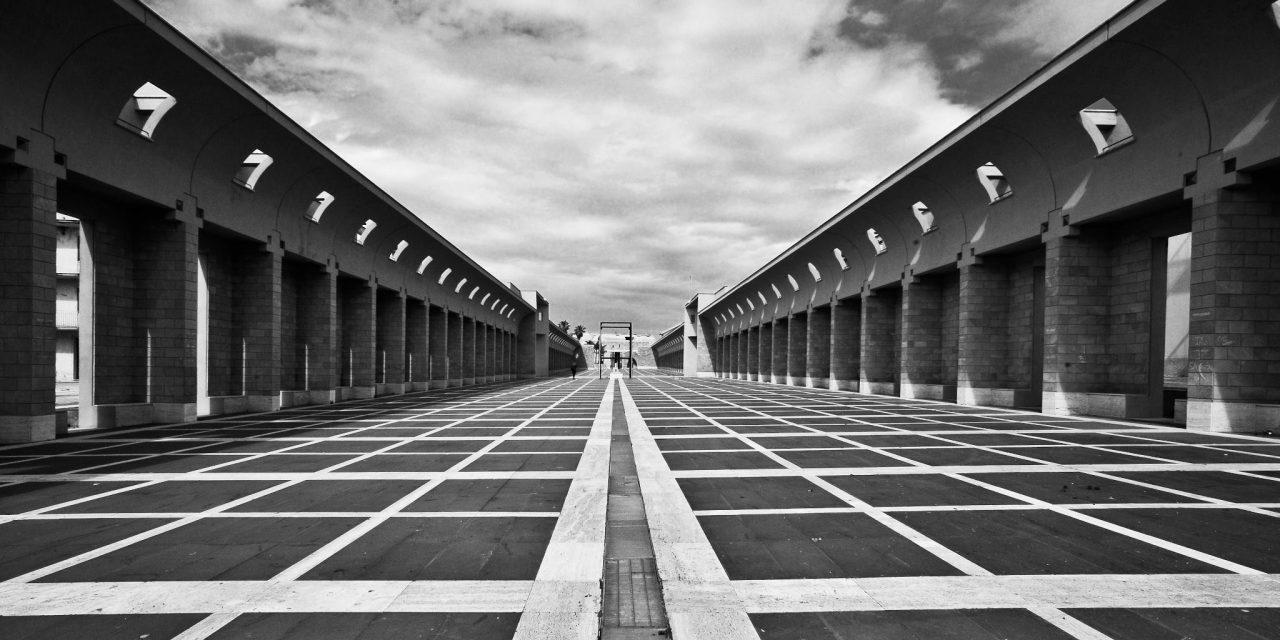 Gibellina is a real open air museum of modern architecture. The Gibellina Nuova (New Gibellina) current city centre was built after the 1968 earthquake that destroyed the entire old city centre. This is why Gibellina Vecchia (Old Gibellina) has been abandoned for many years. In recent times the old city centre it has brought back to life thanks to project of contemporary art installations made by contemporary artists that decided to renew and revive the center again. Today Gibellina is presented under a new guise, enriched with works of modern art. The most famous one is the Stella del Belice, which today represents the city. There is nothing left that recalls the old original village and for this reason the sight of the visitor is lost along the geometry of a metaphysical perspective that gives the emotion of getting lost in a feeling of surreal wonder. The trip continues to the discovery of the Belice Valley. The town to be visited is Salemi, a small and lovely city centre and the visit of the wine yard … where a tasting of wines locally produced are accompanied by a tasting of local products.
Part of this description belongs to Lonely Planet travel guide 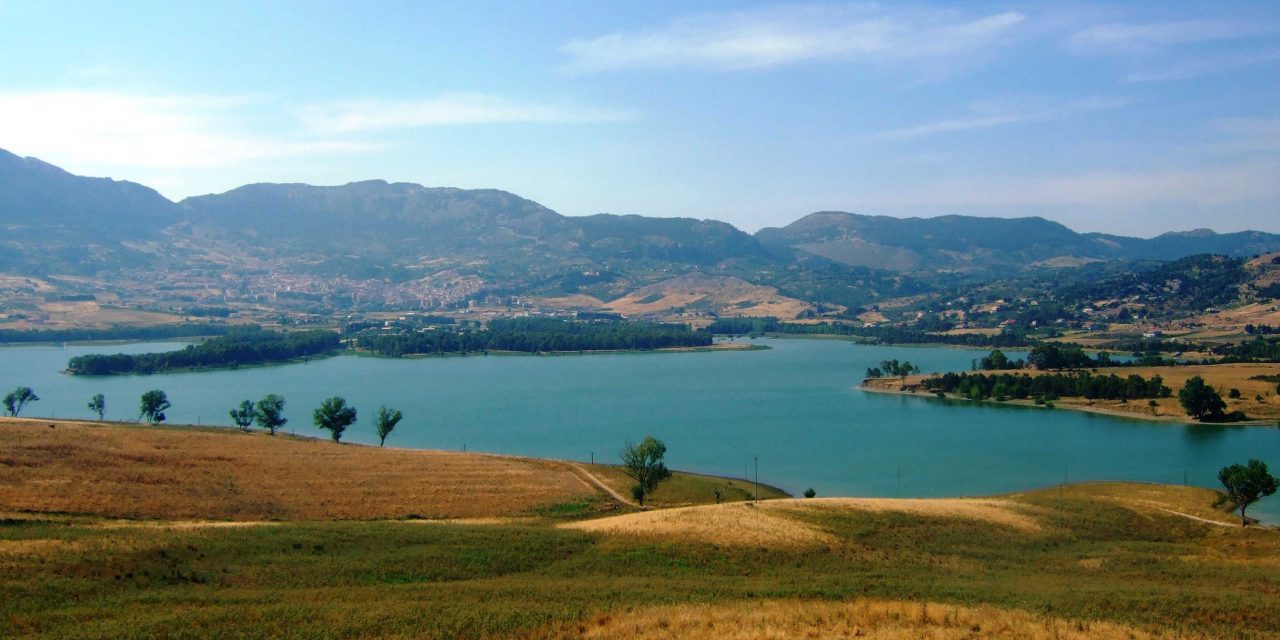 This tour shows the most ancient and hidden part of Sicily. We will explore the small town of Piana degli Albanesi, an ancient Greek colony that was founded in the late 15th century by a large group of Albanian refugees coming from the Balkans during the conquest of the Ottoman Empire. The tour will guide you through the small alleys of the city centre, the Cathedral of San Demetrio and the square adorned with ancient buildings. We will visit the Anthropological museum, rich in history and precious objects. Piana degli Albanesi is famous for the production of Ricotta Cheese and its product par excellence: the Cannolo. Here a free tasting of this delicious product will be offered together with a lovely cup of local espresso coffee – as the traditional Italian way . Piana touches Ficuzza Nature Park, ideal place for a nice and relaxing lunch break surrounded by the nature and a breathtaking landscape.

In the afternoon the tour will continue to discover the town of Corleone, a great famous town known worldwide. A relaxing walk though the small alleys of the city centre will guide you to a new perception of this jewel of the inland of Sicily. In fact, it will be possible to visit the main square and the streets of the center accompanied along a path that will change your perception of the town. The last stop of this tour will be the Legality's Museum, where local people who are part of the No - Mafia association, will show you how Corleone has changed over time. 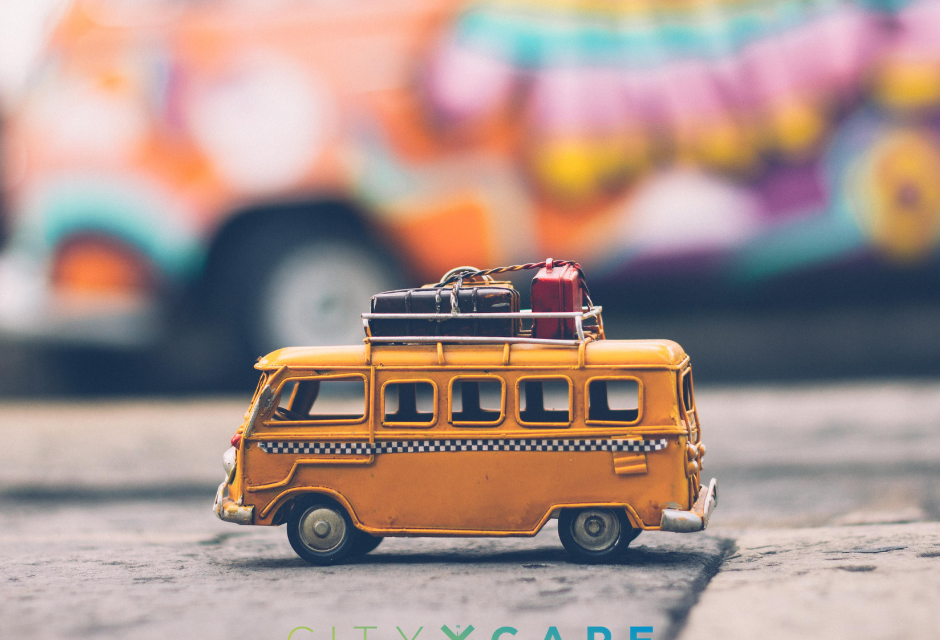 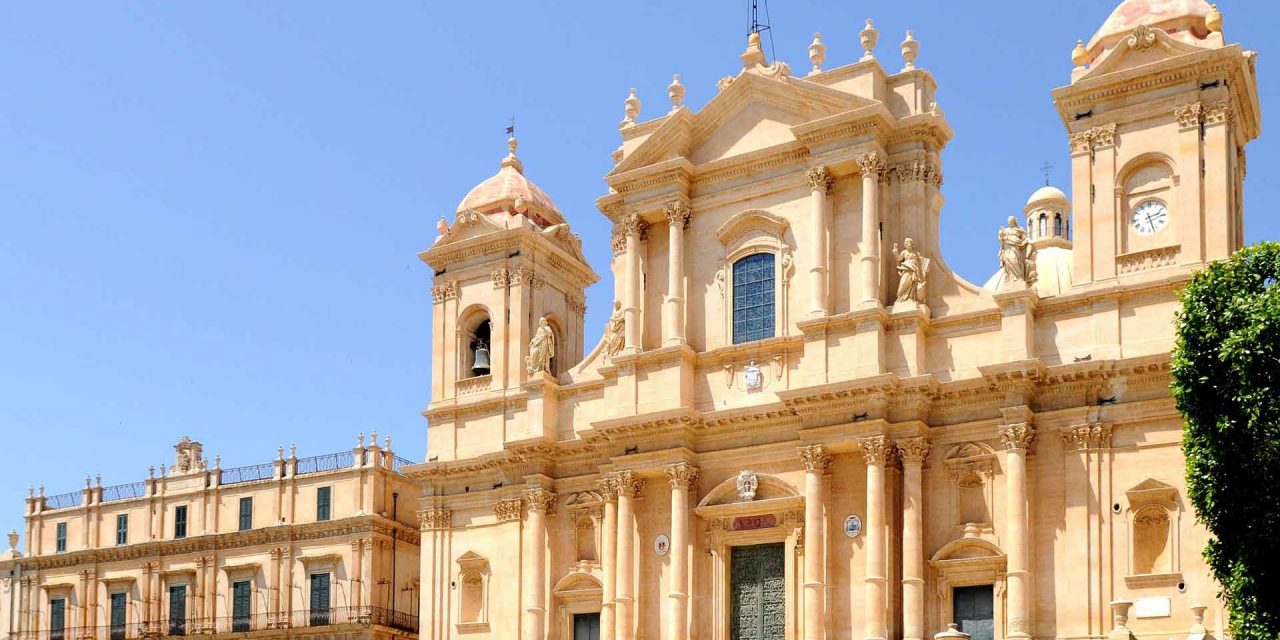 More than any other city , Syracuse encapsulates Sicily’s timeless beauty. Ancient Greek ruins rise out of lush citrus orchards, cafe tales spill onto dazzling baroque piazzas, and honey –hued medieval lanes lead down to the sparkling blue sea. In its heyday this was the largest city in the ancient world, bigger even than Athens and Corinth. Almost three millennia later, the ruins of that then-new city constitute the Archeological Park of Neapolis, one of Sicily’s greatest archeological sites. Across the water from the mainland, Ortygia remains the city’s most beautiful corner, a casually chic , eclectic marvel with an ever-growing legion of fans. A labyrinth of atmospheric alleyways and refined piazzas, Ortygia is really what Syracuse is all about. Skinny lanes are lined with attractive palazzi , vibrant eateries and cafes , and the central square – Piazza Duomo , is one of Sicily’s most spectacular. In Ortygia there is Fonte Aretusa, a water source with its papyrus plants which is one of the most important monuments of the city. 40 km away from Syracuse there is Noto, an architectural supermodel, a gorgeous baroque city you might mistake it for a film set. The town is home to one of Sicily’s most beautiful historic centres. The pièce of résistance is Corso Vittorio Emanuele, an elegant walkway flanked by thrilling baroque palazzo and churches. Although Noto has existed here for many centuries, the Noto that you see today dates to the early 18th century , when it was almost entirely rebuilt in the wake of the devastating 1693 earthquake. Noto is hypnotic for its beauty , especially in the early evening when the red-gold buildings seem to glow with a soft inner light.
Part of this description belongs to Lonely Planet travel guide 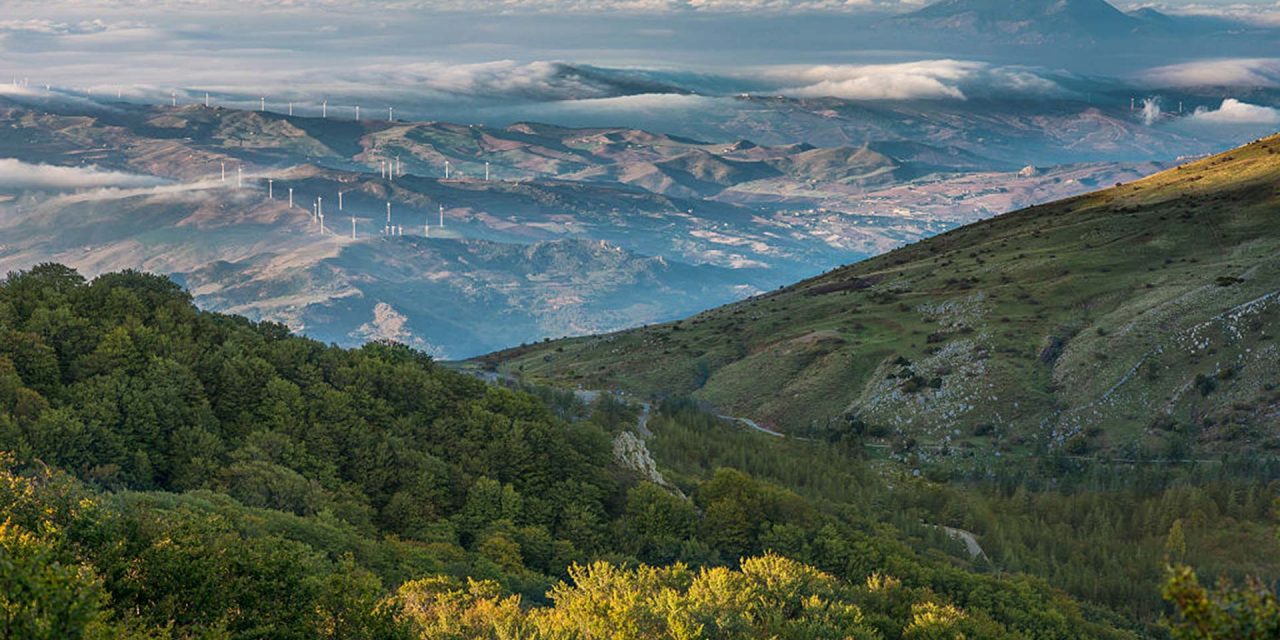 Madonie National Park is an outdoorsy paradise that’s perfectly suited to slow and culturally rich travel. The park takes in farms, hilltop towns and resorts. This is an area where people live and work , not just a nature reserve, meaning that you can combine hiking with visits to historic town and some nice meals. Here you can discover local culture and traditions. The first hilltop town being visited is the capital of Madonie named Castelbuono, a small medieval centre. Castelbuono is set amid ancient manna ash and chestnut forests. The manna is the typical product of the area, a sugary extract coming from the ash tree which is used to make local pastries and confectionery. Here a free tasting of local pastries is a true delight. Another hilltop town to be visited is Petralia Soprana, beautifully positioned at the top of a hill above a tree line of pines. It is one of the best-preserved small towns, full of picturesque stone houses and curling wrought iron balconies brimming with geranium around narrow cobbled lanes and a sweeping belvedere. Just out of town there is Piano Farina, a local farm where the farmer will show how to make ricotta cheese where a free tasting of local cheese and wine will take place. The last spot to be discovered is the Adventure Park. Here a full afternoon is spent in straight contact with nature, between air routes of different heights, lianas nets and walkways for a unique and fascinating experience.
Part of this description belongs to Lonely Planet travel guide